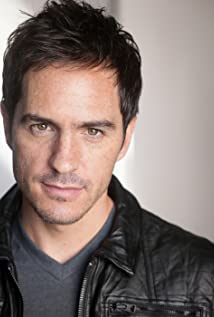 Mauricio Ochmann was born on November 16, 1977, in Celaya, Guanajuato, Mexico. From a very young age he had artistic interests, always participating in local theater groups, but it wasn't until he turned 16 that he decided to dedicate himself to acting professionally. At that age, Mauricio decided to settle in Mexico City and soon got his first opportunity in the television comedy "The Other Thing" starring Héctor Suárez. At the end of this show Ochmann decided to continue his acting training and traveled to Los Angeles to prepare and seek opportunities.In Los Angeles, Mauricio had to support his studies in the Joanne Baron Acting Studio in Los Angeles working as a waiter and at the same time began looking for an agent in that city. After three years of looking for opportunities, Mauricio booked his first movie, "Message in a Bottle", which gave him the opportunity to work alongside stars such as Kevin Costner, Paul Newman and Robin Wright. Mauricio also appeared in the TV series That's Life which aired on CBS from October 1, 2000 to January 26, 2002.Ochmann is best known for his starring roles in the highly rated TV series El Chema and El Senor de los Cielos. Ochmann's smash hit series El Chema was the highest rated TV show in the history of NBC Universal's Spanish language subsidiary Telemundo, often receiving the highest rating among 18-34 year olds in the United States regardless of language. Ochmann has appeared in other hit Telemundo series including Victoria, Victorinos, and was the star of El Clon. On the film side Mauricio starred in A la Mala, a romantic comedy directed by Pitipol Ybarra, which was Mexico's highest grossing film for 2015 and released by Pantelion/Lionsgate in the US. Ochmann also starred in the highly rated and innovative "Controlada" episode of the Netflix original series Easy directed by Joe Swanberg.Mauricio is married to actress Aislinn Derbez with whom he owns the television and film production company A Toda Madre Entertainment based in Los Angeles. Their production company recently acquired the film rights to the book "The Toltec Art of Life and Death" by best selling author Don Miguel Ruiz. Ochmann starred in the film "Hazlo Como Hombre" with his wife Derbez and also Executive Produced the film which was released by Pantelion/Lionsgate in 2017. It was the highest grossing Mexican film of 2017.Ochmann starred in and Executive Produced the film "Ya Veremos" (We'll See) released by Pantelion/Lionsgate. It was the highest grossing Mexican film of 2018.

The Lord of the Skies

Message in a Bottle