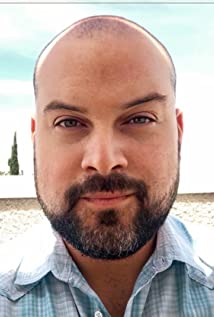 Born in Queens, New York and raised in Scottsdale, Arizona, Adler knew from an early age that he wanted to become an actor. Upon graduating from Horizon High School in AZ, he made the move to Los Angeles to pursue his dreams of working in the entertainment industry. After landing a few guest-star roles on "Ghost Whisperer" and "Cold Case" for CBS, he secured a role that would become his breakout moment, starring as 'Dave Karofsky' on the Award-Winning, FOX series "Glee." From 2009-15 he appears as the insensitive jock who tormented 'Kurt' [played by Chris Colfer]. His character made "Glee" viewers love to hate him, then later won audiences over when his character revealed he was gay, and then attempted suicide. Following "Glee," Adler made several guest star appearances on hit shows including "CSI: Crime Scene Investigation," "Blue Bloods," and "The Big Bang Theory" for CBS, and "Last Resort" for ABC. He also has made his mark in film, shooting a supporting role in Love and Honor for ICM films, opposite Liam Hemsworth, Teresa Palmer, Aimee Teegarden, and Austin Stowell. Additional independent films for Adler include a lead role in Believe Me [Lascaux Films] opposite Nick Offerman, Alex Russell, Zachary Knighton, Sinqua Walls and Christopher McDonald, which world premiered April 5, 2014 in Dallas, football film 23 Blast directed by Dylan Baker and costarring Stephen Lang and Alexa Vega, which was released in theaters earlier this year and just came out on DVD, and Sauagatuck Cures [Permoveo Productions] where Adler stars as 'Drew Callaghan' will coming to theaters this upcoming Spring.Adler can be seen starring as 'Tank' in season four of the Peabody Award Winning Series "Switched at Birth" on ABC Family Tuesday nights.When not working, Adler is heavily involved in philanthropy. Following the "Glee" episode entitled Never Been Kissed, he was contacted by the It Gets Better Project, an internet based organization which aims to prevent suicide among LGBT youth. Adler works with the Facioscapulohumeral(FSH)Society. FSHD is an hereditary muscle wasting disease that affects over 500,000 people worldwide and is the most common adult muscular dystrophy. Adler's mother and grandmother had FSHD. Adler, under "Team Max" has been a host for the Celebrity Charity Walk 'n' Roll for FSH Muscular Dystrophy to help raise funds for FSH MD research.Adler lives in Los Angeles.