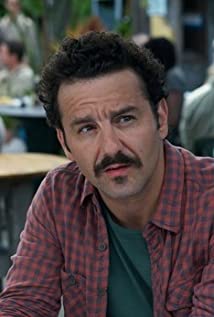 Max Casella was born in Washington D.C. to David Deitch, a fiercely political journalist and second-generation Jewish immigrant to The Bronx, and Doris Casella, a social worker and activist from Long Island and daughter to Italian fashion designer John Casella.His father's writing for The Boston Globe, among other publications, took their family of four to Cambridge, Massachusetts, where they lived through Max's high school years.Casella's acting career began with iconic roles; he filmed Disney's 'Newsies' while on set breaks from playing Vinnie Delpino on the series Doogie Howser, M.D., and has since added every category to his arsenal, from Broadway, Shakespeare and an Ethan Coen play on stage, festival hits to blockbusters in film, video game voicing, and many memorable characters in culturally-iconic period television shows.Most recently, Max starred in the Onur Tukel masked indie film 'Scenes From an Empty Church' made during quarantine, opposite Blake Lively and Jude Law in The Rhythm Section directed by Reed Morano, and in Sundance favorites Late Night by Mindy Kaling and Night Comes On, starring Dominique Fishback and directed by Jordana Spiro. Other film credits include the Academy Award-nominated Jackie with Natalie Portman, Woody Allen titles Wonder Wheel and Blue Jasmine with Cate Blanchett, Ben Affleck's crime drama Live By Night, Spike Lee's Oldboy, the Coen Brothers' Inside Llewyn Davis, Tukel's Applesauce, The Last of Robin Hood (as legendary director Stanley Kubrick), Andrew Dominik's Killing Them Softly, Sam Mendes' Revolutionary Road, Harold Ramis' Analyze This with Robert DeNiro, Tim Burton's Ed Wood, and Newsies. As a filmmaker himself, he's collaborated with friends on independent marvels, most notably a folkloric showcase of Italian musicians by John Turturro called Passioné.On television, Casella spent five seasons on The Sopranos as Benny Fazio and was a series regular on HBO's Vinyl, as well as in Woody Allen's Crisis In Six Scenes, NBC's Shades of Blue, and HBO's Boardwalk Empire. He recurs on Amazon's award-winning The Marvelous Mrs. Maisel, and on seasons of Ray Donovan and TBS' The Detour.Casella made his Broadway debut as Timon in the original cast of Julie Taymor's Tony Award-winning musical The Lion King, for which he received a Theatre World Award for Outstanding Broadway Debut, and a Drama Desk Nomination. Often getting cast in shows for which he plays multiple roles, his many stage credits include Ethan Coen's collection of vignettes 'A Play is A Poem' with the Center Theatre Group in Los Angeles, Simon McBurney's stage adaptation of the Robert Evans autobiography 'The Kid Stays In The Picture' at the Royal Court Theatre in London, Public Theatre's Shakespeare in the Park production of Troilus And Cressida, and as Nick Bottom in Julie Taymor's critically acclaimed production of A Midsummer Night's Dream at Theatre for a New Audience, which was filmed for theatrical release by Academy Award-nominated cinematographer Rodrigo Prieto. As a member of the LAByrinth Theater Company, he starred alongside Ellen Burstyn in The Atmosphere of Memory, and at BAM in Endgame with again longtime collaborator John Turturro; they as well led Souls of Naples, which then toured to Italy as the country's beloved play. Later in Italy, Max starred in and curated music for John's and his adaptation (with Katherine Borowitz and Carl Capatorto) of author Italo Calvino's folk tales, Fiabe Italiane.An animated storyteller and illustrator, Max is writing a TV series and other works about being raised by raucous iconoclasts while living with pituitary dwarfism, a hormonal condition that inhibits growth, and that in fact accounted for his eligibility for many of the roles he landed as a "child actor" when in his twenties.He has two children, Mia and Gioia, with educator and set teacher Leona Casella.

This Is the Night

That Cold Dead Look in Your Eyes

Scenes from an Empty Church