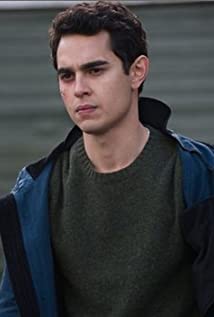 Max Giorgio Choa Minghella is an English-born actor and filmmaker. He was born in Hampstead, London, England, the son of choreographer Carolyn Choa and the late Oscar-winning director Anthony Minghella. He is the half-brother of Hannah Minghella, who has also worked in film.Minghella is a former member of the National Youth Theatre. He attended Columbia University (2005-2009).Minghella's acting credits include 'The Internship', 'The Ides of March' and 'The Social Network' (Minghella was nominated for a SAG award for his ensemble work). Minghella also starred alongside Blake Lively in cult favorite 'Elvis & Anabelle'.In 2013, Minghella executive produced 'The Two Faces of January' for Working Title.In 2014, Minghella directed the music video for Christopher Owens' 'Nothing More Than Everything To Me'.Miramax's 'The 9th Life of Louis Drax' was Minghella's screen writing debut, and his first film as director was 'Teen Spirit' from 2018.Minghella dated actress Kate Mara from 2010-2014.His father was British (though of Italian descent) and his mother was born in Hong Kong (of over half Chinese, and smaller amounts of Indian Jewish, Parsi Indian, English, Irish, and Swedish, ancestry).

The Ides of March