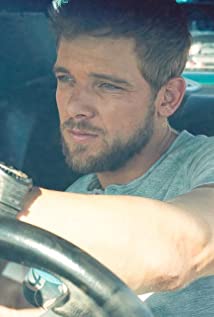 Max Thieriot was born in 1988 in Los Altos Hills, California, and has two siblings. He was raised in Occidental, CA, and graduated from Sonoma Country Day School in 2002 and El Molino High School in 2006. He started acting when he took an improvisation class and modeled for GAP. He was also in two short films before making his big-screen debut in Catch That Kid (2004), opposite Kristen Stewart and Corbin Bleu.Max had a big role as one of the children protected by Vin Diesel's character in the hit comedy The Pacifier (2005), and played the son of the title character in The Astronaut Farmer (2006). In the summer of 2007, he co-starred opposite Emma Roberts in Nancy Drew (2007), as Nancy's friend Ned Nickerson, and in 2008 played the younger version of Hayden Christensen's lead in Jumper (2008), as well as a 1930s hobo, Will Shepherd, in Kit Kittredge: An American Girl (2008).Max's early 2010s roles included Michael Stewart, the son of Julianne Moore's character, in the dramatic thriller Chloe (2009), and the lead role in Wes Craven's horror thriller My Soul to Take (2010). He also co-starred as the male lead, opposite Jennifer Lawrence, in another horror film, House at the End of the Street (2012).Max made his television series debut playing Norman Bates (Freddie Highmore)'s brother, Dylan Massett, on the A&E show Bates Motel (2013), which began its run in 2013. Max also plays Jack Hays in the History Channel mini-series Texas Rising (2015).In 2013, Max married Lexi Murphy, his long-time girlfriend.Max is the great-great grandson of Michael Henry de Young, who co-founded the San Francisco Chronicle in 1865. His father is from California and his mother is from Minnesota. Max is of German, English, Norwegian, Danish, Irish, Dutch Jewish, French Jewish, Scottish, and Northern Irish ancestry.

House at the End of the Street

My Soul to Take