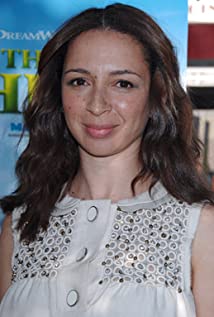 Maya Rudolph was born on July 27, 1972 in Gainesville, Florida, to Richard Rudolph, a music producer, and soul singer Minnie Riperton. Her mother was African-American and her father is Ashkenazi Jewish (from a family from Lithuania, Russia, Germany, and Hungary). In 1973, Maya, her parents, and her older brother, Marc Rudolph, moved to California to further Minnie's music career. Here Minnie recorded "Lovin' You", her most famous single, in which one can hear her sing "Maya, Maya, Maya" at the end of the song; Riperton said that the song was used as a lullaby for Maya.During adolescence, Maya attended St. Augustine by the Sea School, where she met childhood friend, Gwyneth Paltrow. The Paltrows and the Rudolphs became family friends and, in 2000, Richard Rudolph and Maya filled the role of music supervisors on the Bruce Paltrow-directed film Duets (2000), which starred Gwyneth.In 1990, Maya enrolled at the University of California at Santa Cruz, majoring in photography. It was here that Maya formed the band "Supersauce" with fellow students. After graduation in 1994, Maya left the band and soon joined The Rentals, fronted by Weezer bassist Matt Sharp. Maya was featured on the 1999 release "Seven More Minutes", where she sang backup vocals on "Barcelona" and "My Head is in the Sun". Maya began touring with the group, singing backup and playing Moog synthesizer. When The Rentals disbanded, Maya decided to pursue her dream of a career in comedy, joining the famed troupe "The Groundlings".On May 6, 2000, Maya joined the cast of Saturday Night Live (1975), and became one of that show's most popular performers. Famous sketches include a dead-on impression of fashion diva Donatella Versace; high school flake "Megan", the host of her own morning talk show, "Wake-up WakeField"; and one of the members of the R&B parody "Gemini's Twin". In 2006, she co-starred in the film A Prairie Home Companion (2006), directed by the legendary Robert Altman and based on the NPR show by Garrison Keillor.Maya has four children with her partner, filmmaker Paul Thomas Anderson.