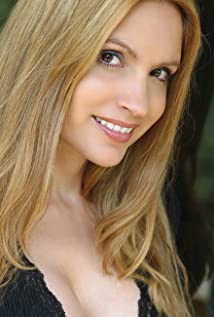 Meadow Williams conveys an intriguing mix of elegance and humor, glamorous fashion and easy-going Southern charm that reflect both her humble beginnings on a Tennessee farm and her active Hollywood film career. A classic, radiant Los Angeles beauty who retains the humble nature of her country roots, Williams draws upon a deep wellspring of experience in her film and modeling work.At a young age, Williams started her entertainment career as a television actress and was seen in hit shows such as Married... with Children (1987), Murder, She Wrote (1984), and The Larry Sanders Show (1992). Her career transitioned from television to movies when she landed a role in the iconic motion picture, The Mask (1994), opposite Jim Carrey. The part led to a role as Kevin Bacon's significant other in the Academy Award-winning Apollo 13 (1995). Deeply moved by director Ron Howard's work on the project, the actress says Howard's influence continues to shape her performances.Most recently, Williams was seen in the action thriller Den of Thieves (2018) alongside Gerard Butler and in the prison action vehicle Backtrace (2018) with veteran stars Sylvester Stallone and Matthew Modine.Williams also appeared as a sexy villainous cult leader in the comic book movie Officer Downe (2016), an indie adaptation of the Image Comics graphic novel by Joe Casey. Under the direction of John McNaughton, Williams played in The Harvest (2013), an American horror thriller, opposite Michael Shannon as his mistress.The industrious actress has a number of projects being readied for release. Up next, Williams will be seen in After (2019), based on Anna Todd's blockbuster novel. In addition to playing a college professor, Williams is producer, along with author Todd, on the highly anticipated adult romance drama. Williams' screenwriting and producing credits let her extend her reach even further to diverse themes and genres.Also set for release soon is 10 Minutes Gone (2019), a crime thriller starring Bruce Willis, with Williams playing a bartender full of surprises. And the soon-to-be-released action-thriller Boss Level (2021) from writer-director Joe Carnahan has Williams playing an assassin alongside stars Frank Grillo, Mel Gibson and Naomi Watts. Adding to Williams' very busy 2019 film roster is the drama feature Broken Soldier, with Williams in a supporting role as Ray Liotta's trophy wife, and alongside Sophie Turner and Mark Margolis.The project Williams finds most fulfilling, for the way it dissects one of the most critical periods in American and world history, is the drama American Traitor: The Trial of Axis Sally (2021), in which the actress stars opposite Al Pacino. Based on a true story, the film has Williams playing a radio personality who broadcast English-language propaganda for the European Axis powers during World War II.The script is adapted from the William E. Owen book "Axis Sally Confidential." Pacino plays the lawyer who represents Williams' character after she was arrested for treason. "Axis Sally" is due out in late 2019 or early 2020.

A Place Among the Dead

Turn of the Blade