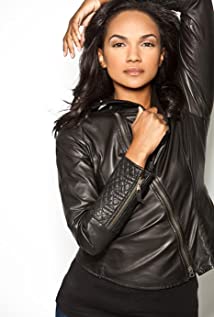 The consummate triple threat, Mekia Cox burst on the scene when she was cast as the vivacious DJ Sasha, on The CW's hit series "90210". From there, the Florida State University graduate was able to work with other industry icons including J.J. Abrams and producer Josh Reims when she was a series regular on NBC's "Undercovers," as well as with three-time Academy Award nominee Frank Darabont in TNT's "Mob City". Most recently she starred in three primetime shows: TV Land's "Impastor", ABC's "Secrets and Lies" the NBC hit drama "Chicago Med." Now, Mekia has recently joined the cast of the ABC's fan favorite "Once Upon A Time" for it's seventh season as series regular, Princess Tiana, the beloved character from the popular Disney animated feature "The Princess and The Frog."Mekia Cox was born on November 18, 1981 in Saint Croix, U.S. Virgin Island, but moved to Orlando, Florida at age 7. With early career credits including "One Tree Hill", "CSI:NY", "Half & Half" and "Bones," she proceeded to be cast in award-winning television series such as "Modern Family", "Grey's Anatomy", "Gotham", "Key & Peele", "Almost Human", "Leverage", "Common Law", "Necessary Roughness", and "The Mentalist", just to name a few. Additionally, she has taken her talents to the big screen when she appeared in "Battlefield America" and alongside Steve Carell and Ryan Gosling in the romantic comedy "Crazy, Stupid, Love". Mekia's talents far exceed what has been captured on screen. With a Bachelor of Music Degree in Musical Theatre and two national Broadway tours under her belt ("Fame" and "Smoke Joe's Café"), she is sharing her passion for the stage with world. Alongside her own production company, 42 Seven Productions, she and her team produce, host and perform at "Broadway at the W," a stage show that highlights the best performances in Broadway with appearances from some of the top names in entertainment. The showcases take place at the prestigious W Hotel in Hollywood as well as New York City's W in Times Square and the W City Center in downtown Chicago. Mekia has been dazzling audiences since the age of two when she performed her first solo song and dance. It was then that she knew her purpose in life was to entertain and she is proving to the world that this is just the beginning.