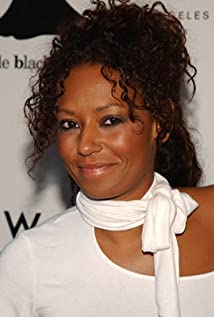 Born on May 29, 1975 in Leeds, England, Melanie Brown became a member of Spice Girls in 1994. Their three albums sold more than 40 million copies worldwide and they had nine singles at number 1 in the UK."Hot" was her first solo album, released on 9th October 2000. It entered the UK charts at #28. Despite producing 2 Top 5 singles (3, if you include the hit "I Want You Back"), the album only ever re-entered the chart once after dropping out of the Top 100 - peaking at #95 when "Feels So Good" was being promoted in February 2001. To date, the album has sold about 50,000 copies in the UK. The album sold 8,000 copies in its first week.After she parted with Virgin Records, she started a new successful career as TV presenter and actress. In 2001, her own show This Is My Moment (2001) was a great success and, after the second series, she made a documentary about Africans voodoos.In 2002, she was one of the protagonists of the BBC3's sit-com Burn It (2003) and made her theater debut with "The Vagina Monologues" in London.She has a lead role in two upcoming movies: the horror LD 50 Lethal Dose (2003) and the comedy The Seat Filler (2004) (with Kelly Rowland of Destiny's Child).From April to September 2004, she played the role of "Mimi" in the famous musical "Rent" on Broadway.In 2005, Melanie released her second solo album, "L.A. State Of Mind", featuring the single "Today". Both the single and the album flopped...

America's Got Talent: The Champions

Tinker Bell and the Legend of the NeverBeast

The Twelve Trees of Christmas