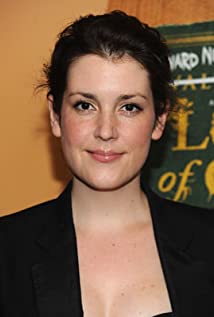 At 16 years of age, Melanie Lynskey captivated filmgoers with an astonishing debut in Peter Jackson's revered psychological crime picture, Heavenly Creatures (1994). Her bold embodiment of the real-life Pauline Parker - a teenage outcast whose fierce bond with her only friend (a pre-stardom Kate Winslet) spiralled dangerously out of control - was heralded by TIME's Richard Corliss as "perfect", whilst earning the young New Zealander a Best Actress trophy in her motherland. Following a three-year hiatus spent studying at university and re-locating to Los Angeles, Lynskey made a welcome return to the silver screen when she was cast as Drew Barrymore's lovable stepsister in Andy Tennant's feminist fairy tale reworking, Ever After: A Cinderella Story (1998). Parts in Detroit Rock City (1999), But I'm a Cheerleader (1999), Coyote Ugly (2000), Snakeskin (2001), Abandon (2002), Sweet Home Alabama (2002), Shattered Glass (2003), and Clint Eastwood's Oscar-nominated war epic Flags of Our Fathers (2006) came next.In the ensuing years, Lynskey emerged as one of the industry's most celebrated character actors, gaining plaudits for a succession of notable turns in prestige vehicles such as Sam Mendes's Away We Go (2009), Jason Reitman's Up in the Air (2009), Steven Soderbergh's The Informant! (2009), Tom McCarthy's Win Win (2011), Stephen Chbosky's The Perks of Being a Wallflower (2012), and Adam McKay's Don't Look Up (2021). Prolific supporting roles - opposite the calibre of George Clooney, Edward Norton, Matt Damon, and Leonardo DiCaprio - aside, headline appearances in Hello I Must Be Going (2012), Happy Christmas (2014), The Intervention (2016) - for which she received a Special Jury Prize at Sundance - and the genre-bending I Don't Feel at Home in This World Anymore. (2017) have equally proved her mettle as a dynamite leading lady.On television, Lynskey has worked her scene-stealing magic in an eclectic mixture of projects, such as the enormously successful Two and a Half Men (2003), where she appeared for twelve years as Charlie Sheen's duplicitous admirer, Rose; the acclaimed HBO dramedy Togetherness (2015), for which she nabbed a Critics' Choice nomination for her "sublime" (Vanity Fair) portrayal of a dissatisfied stay-at-home mother; the supernatural horror series Castle Rock (2018), where she headlined as troubled psychic Molly Strand; and the critically lauded miniseries Mrs. America (2020), in which she co-starred with Cate Blanchett. In 2022, Lynskey collected a coveted Critics' Choice Award (Best Actress in a Drama Series) for her mesmerising portrayal of Shauna - a suburban housewife harbouring grim secrets - on Showtime's furiously popular Yellowjackets (2021), with Alan Sepinwall of Rolling Stone describing her work as the "dark, messy, charismatic part she's been waiting her whole career to play".

I Don't Feel at Home in This World Anymore.

And Then I Go