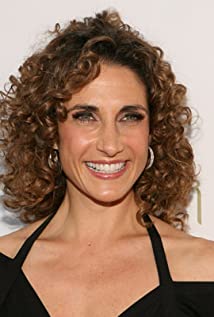 Melina Eleni Kanakaredes was born in Akron, Ohio, to Connie (Temo), who owned a candy company, and Harry Kanakaredes, an insurance salesman. She is of Greek descent. Her love of musical theater, especially the work of Gwen Verdon and Chita Rivera, inspired her as a child. She began performing locally; singing with her sisters and making her acting debut at age eight in the community theater production of "Tom Sawyer".Kanakaredes attended Ohio State University to study music, dance and theater, later transferring to Point Park College in Pittsburgh. She appeared in commercials, industrial films and on stage at the Pittsburgh Playhouse and Pittsburgh Public Theater. Upon graduation, Kanakaredes moved to New York City where she supported her acting dreams by working in off-Broadway plays.Kanakaredes' early television credits include a recurring role as Jimmy Smits' reporter-girlfriend in NYPD Blue (1993). She starred in the drama series New York News (1995) and Leaving L.A. (1997) and guest-starred on The Practice (1997) and Oz (1997). She also received two Emmy nominations for her work on Guiding Light (1952).She then starred for five seasons as Dr. Sydney Hansen on the NBC-TV critically acclaimed series Providence (1999). For her performance, Melina received the 2000 TV Guide Award for Favorite Actress in a Drama (as voted by more than one million TV viewers) and was nominated for the same award in 2001. In 2003, she gave birth to her second child, took to the stage as "Sally Bowles" in the Broadway play Cabaret and shot the indie film Into the Fire (2005), which will debut at the 2004 Tribecca Film Festival. In the fall of 2004, she will return to television in the much anticipated CBS series CSI: NY (2004) opposite Gary Sinise.In 2001, she appeared on the big screen co-starring opposite Robert De Niro in the film 15 Minutes (2001). Other film credits include Rounders (1998), Dangerous Beauty (1998) and The Long Kiss Goodnight (1996). In the same year, she became a celebrity spokesperson for Maybelline as featured in their national television and print campaigns.Away from the set, Kanakaredes enjoys, reading, swimming, working out with the Pilates system, traveling (especially to Greece), listening to James Taylor, and is a sports fan of the Cleveland Indians and Chicago Bulls. She lives with her family in Los Angeles.