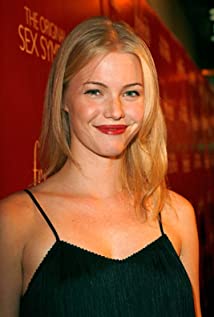 Born into a political family, Melissa Sagemiller started her path to the performing arts at a very young age. At age three, she began to study dance - tap, ballet, jazz and modern. After responding to an ad in the Washington Post, she made her stage debut at 9 as "Dill" in "To Kill a Mockingbird". Soon she became a regular on local DC stages. Acting took a back seat when Eileen Ford discovered Melissa in a Manhattan jewelry store at the age of 14. Modeling took her to New York and Paris. Soon she left Paris and followed through with her initial desire to go to The University of Virginia and resume a "normal" student life studying Art History. When she decided to return to acting full time, she began studying at The Stella Adler Conservatory, NYU's Stonestreet Studio and at the Michael Howard Studio. Her professional life as an actor began shortly thereafter.