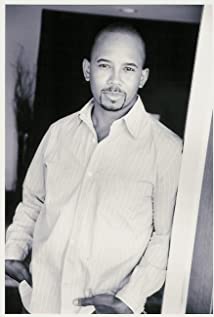 Michael Patrick Boatman was born on October 25, 1964, in Colorado Springs, Colorado, USA. While growing up in the area of Chicago, Illinois, Boatman developed an interest in acting that led him to enroll in Western Illinois University's theater program. After performing in a variety of plays that included "A Midsummer Night's Dream," "Purlie Victorious," and "The Seagull," Boatman earned a Bachelor of Arts degree in 1986. Prior to graduation, Boatman showed great potential when he won the Best Supporting Actor Award for a performance in the Irene Ryan National Competition at the Kennedy Center in Washington D.C.He started his professional career by working for a casting agent, which eventually led him to the role of Motown in Hamburger Hill (1987). From there, he moved to New York City to perform in a series of off-Broadway productions. This in turn, led to the role of Pvt. Samuel Beckett in ABC's drama China Beach (1988). Boatman spent the next several years in a variety of film and television projects prior to being cast alongside Michael J. Fox as Carter in ABC's Spin City (1996). For his work on the show, he won a GLAAD award for Best Supporting Actor in a Comedy Series and was also nominated for two N.A.A.C.P. Image Awards. For his work playing Stanley Babson on the long-running HBO series Arli$$ (1996), he was nominated five times for the Image Award for Best Supporting Actor in a comedy series. Boatman resides in New York with his wife Myrna and their four children.

And Then Came Love