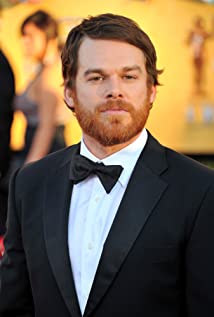 Michael C. Hall was born in Raleigh, North Carolina, to Janice (Styons), a guidance counselor, and William Carlyle Hall, who worked for IBM. Michael is a graduate of NYU's Master of Fine Arts program in acting. He is known for the titular character "Dexter" in Dexter (2006) and as mortician "David Fisher" in Six Feet Under (2001). His most recent performance on Broadway was as "Hedwig" in "Hedwig and the Angry Inch". Previously, Hall portrayed the emcee in "Cabaret", "Billy Flynn" in "Chicago" and "John Jones" in "The Realistic Joneses". Hall has starred in nearly a dozen major off-Broadway plays, including "Macbeth" for the New York Shakespeare Festival, "Cymbeline" for the New York Shakespeare Festival at Central Park's Delacorte Theater, "Timon of Athens" and "Henry V" at the Public, "The English Teachers" for Manhattan Class Company, "Corpus Christi" at the Manhattan Theatre Club, "Mr. Marmalade" with the Roundabout Theatre Company and "Skylight" at the Mark Taper Forum. Michael C. Hall is performing in independent motion pictures, such as Cold in July (2014) and Kill Your Darlings (2013).

John and the Hole

In the Shadow of the Moon