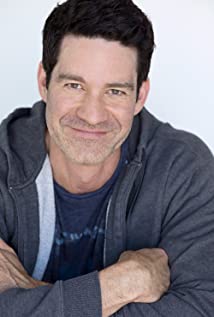 Michael Chandler was born in Winchester, VA and now resides in Los Angeles. Michael's resume includes Speechless, Gifted, Hidden Figures, Penn Zero, Anger Management, Criminal Minds and The Young and the Restless. Michael was a lead in a thriller feature film "End of the Road" alongside Doug Jones, Robert Picardo and Michael Dorn premiered in 2015. A year later, Michael played Barbie's dad in the feature film Barbie Starlight Adventure and guest starred in Penn Zero. In 2017, he played a reporter on both Room 104 and Hidden Figures. In 2018, Kill the Babysitter movie premiered where Michael played Dr. Mixer. Michael just finished filming a new Lifetime movie as one of the lead characters, premiering in 2019. Also coming up in summer 2019 Michael will be on Speechless, SWAT, Gifted, and a new series called "Amazing Stories" as Sheriff Parker.Fun Facts: **Michael is a screenplay writer as well. He just completed a TV pilot script "American Giants: The Man Behind General Motors", based on a true story (Finalist in the 2018 Southern California Screenplay Competition and Quarter Finalist in the upcoming Screencraft Screenwriting Fellowship) **Michael is also a singer songwriter. He produced, wrote, and starred in "Unconditionally" which was nominated in several festivals and won Best Soundtrack at the Action On Film Festival. His songs had been featured in a couple indie movies and MTV series. **In 2017, one of his songs was used as part of the soundtrack in the film Fist Fight.