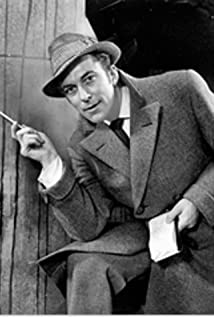 The stage and screen actor Michael Evans was born John Michael Evans on July 27, 1920, in Sittingbourne, England, to A.J. Evans, who wrote the 1926 novel "The Escaping Club" about his escape from a WWI prisoner of war camp, and the former Marie Galbraith, a concert violinist. The young John decided to become an actor at the age of 12 after seeing the great John Gielgud in one of his signature roles, Shakespeare's Richard II (1978). Evans served as a navigator in the Royal Air Force during World War II. After studying acting at the Old Vic School in London, he made his theatrical debut on in the West End in 1948.He made his cinema debut in 1950, the same year he made his Broadway debut in the comedy "Ring Round the Moon." The following year, he appeared on Broadway as Gaston in the musical "Gigi", which featured Audrey Hepburn in the title role. He was Henry Higgins in the national touring production of My Fair Lady (1964) in the late 1950s and for a 1960 tour of the USSR.After appearing in the movie version of Bye Bye Birdie (1963), Evans permanently relocated to the United States, where he appeared in more than 40 films and television shows. Evans appeared on The Young and the Restless (1973) from 1980 through 1997. His co-star "Young and Restless" co-star Eric Braeden lauded him as "[A] total professional from the old English school, a gentleman through and through," after hearting of his death on Sep 4, 2007 at a Woodland Hills assisted-living facility. He was 87 years old.

The Sword and the Sorcerer

Spider-Man and His Amazing Friends