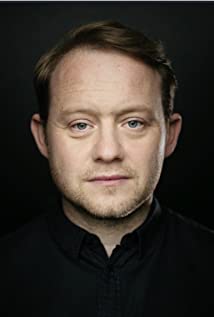 Michael Jibson is an Olivier Award winning actor from Hull in the UK.He is married to the actress Caroline Sheen. His father, Tim Jibson, works in local radio in Hull. His brother is the actor/director and producer Paul Jibson. Michael grew up in Hessle and attended Hessle High School.He made his West End debut at the age of 14 in as a member of Fagin's Gang in Oliver! at the London Palladium, directed by Sam Mendes. He went on to join the National Youth Music Theatre of which he is now a patron. He later trained at the Guildford School of Acting where he obtained a BA Hons degree.In 2018 Michael won an Oliver Award for for Best Supporting Actor in a Musical for his performance as King George III in Lin Manuel Miranda's Hamilton in London. In 2003 he was also nominated for an Oliver Award for Best Actor in a Musical for his performance as Joe Casey in Our House, written by Tim Firth and the UK band Madness.His career to date is varied one. He's known for his character work on stage and screen.

That Day We Sang

A Viking Saga: The Darkest Day