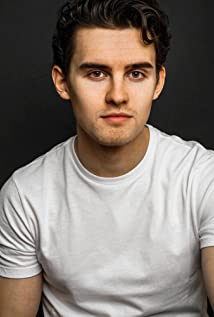 Growing up in rural North Carolina yet eager to pursue a career in the arts, Michael Johnston discovered the world of voiceover acting at age 12. After high school, he moved to Chicago to further his acting study with classes at The Second City. This quickly led him to Los Angeles to get a jump on his on-camera career.First he booked the independent feature film Bornless Ones (2016). Then came a small role on MTV's Awkward. (2011) which weeks later led to a recurring regular role on MTV's hit series Teen Wolf (2011). He starred in the cult classic film Slash (2016) which premiered at SXSW and found him playing opposite Hannah Marks, Michael Ian Black and Missi Pyle. Other television credits include Pure Genius (2016) (CBS), Supergirl (2015) (CW) and The InBetween (2019) (NBC). Most recently he starred in the Lionsgate film Endangered Species (2021) opposite Philip Winchester, Rebecca Romijn, and Jerry O'Connell.All the while, Michael never gave up on his love for VO. He's the series lead of Netflix/eOne's animated series Zak Storm (2016), he voices Dante in Marvel's Avengers (2020), and most recently he can be heard as Francis Vendetti, the protagonist of Annapurna Interactive's The Artful Escape (2021). His passion for the voiceover arts also led him to singing.A vocal tenor who loves pop, jazz, and the blues, Michael learned guitar and the joys of songwriting, and in 2020 released his first single "Trust Me."Above all this, Michael is a certified goofball.

Tales of Zestiria the X