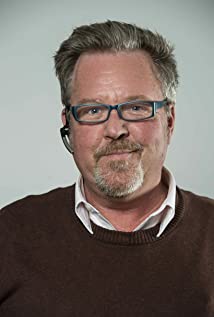 Industry veteran Michael P. "Mick" Flannigan is an internationally experienced physical production executive and line producer with global film-incentive expertise. Currently Mick is the Executive Vice President and General Manager for Deep South Studios in New Orleans, LA.During his prolific career, Mick has worked with some of the leading independent feature film production companies in Hollywood and is a member of the Producer's Guild of America and the Independent Filmmaker's Project. He has both produced over 50 feature films in locations throughout the United States, Morocco, Canada, Brazil, Ireland and Eastern Europe.From 2013 to 2017, Mick served as Head of Abu Dhabi Film Commission, where he developed and implemented the Commission's incentive program. Additionally, he was the Head of Production for twofour54 Film & TV Services where his responsibilities included overseeing all aspects of production, studio operations and post-production.A seasoned production executive, Mick was brought on as Head of Physical Production for Emmett/Furla Films where managed a slate of both studio and independent films in 2012.From 2002 to 2007, Mick was with Millennium Films where he began as a freelance line producer and was then promoted to staff as VP of Physical Production in 2003. During his tenure at the LA based studio he oversaw US and international productions.In 2007, Mick was made the head of Millennium's Shreveport Louisiana Studio Operations and oversaw multiple productions. In addition to his producing duties, he was instrumental in working with the state of Louisiana to secure the LA State Film Infrastructure Incentive and with the city of Shreveport in the development of Millennium's studio facility.Earlier in his career, Mick was the Managing Director for Roger Corman's Concorde Anois Studios and was commissioned to run the studio in Galway, Ireland. There he served as Head of Studio Operations and Supervising Producer, responsible for the control of production service agreements for Irish film tax relief.Mick began his career as an intern at a public access television studio in Santa Monica, CA and was then promoted to Production Supervisor. Subsequently, Mick landed a production staff job on the game show Jeopardy! before moving on to commercial production world, which later led him to feature films.Mick is a US military veteran and a native of Los Angeles. He maintains homes in Los Angeles and New Orleans.

Beyond a Reasonable Doubt

Home of the Brave