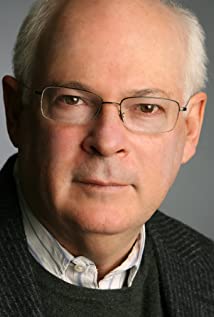 Notable director and producer Michael Pressman, whose extensive creative career has been defined by his contributions to the television, film and theater industries, has worked across many genres and mediums which has, by his own admission, propelled his successful decades long career.Pressman, a native of Manhattan, was born into a theatrical family. His late father, David Pressman, was a well-known theatrical director who helmed Broadway plays including The Disenchanted, Jason Robards' first Broadway appearance, and helped launch Boston University's distinguished school of theater. Pressman's mother, Sasha, was an original member of Martha Graham's renowned first dance troupe.A graduate of Manhattan's High School of Music and Art, Pressman went on to study drama at Carnegie-Mellon University. He subsequently moved to Los Angeles where he received his B.F.A. in film from the California Institute of the Arts and is an active member on the Board of Trustees.Pressman has produced and directed numerous network series, including multiple episodes of the Emmy Award-winning series Law & Order SVU and Blue Bloods. He distinguished himself early in his career with the popular classic series Picket Fences and Chicago Hope. Most recently, Pressman directed the final two hours of the Emmy-nominated TV mini-series Law & Order True Crime: The Menendez Murders, starring Edie Falco and Heather Graham.Pressman directed his first feature film, The Great Texas Dynamite Chase, with fellow film school students Sean Daniel and David Kirkpatrick, now both successful producers. Pressman went on to direct a diverse slate of features including the cult hit Boulevard Nights which was one of twenty-five films selected for preservation by the Library of Congress, Those Lips, Those Eyes starring Frank Langella, Doctor Detroit starring Dan Aykroyd, and Some Kind of Hero starring Richard Pryor, among others.He has won two Emmys for Executive Producing and show-running the acclaimed series Picket Fences and earned both an Emmy nomination and a DGA nomination for his work on the successful hospital series Chicago Hope.