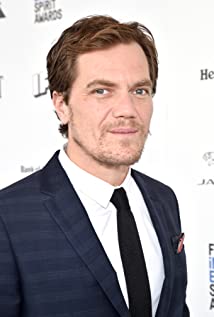 Michael Corbett Shannon was born and raised in Lexington, Kentucky, the son of Geraldine Hine, a lawyer, and Donald Sutherlin Shannon, an accounting professor at DePaul University. His grandfather was entomologist Raymond Corbett Shannon.Shannon began his professional stage career in Chicago. His first acting role was in "Winterset" at the Illinois Theatre Center. Over the next several years, he continued working on the stage with such companies as Steppenwolf, The Next Lab and the Red Orchid Theatre. He subsequently relocated to London for a year, and performed on stage in London's West End in such productions as "Woyzeck", "Killer Joe" and "Bug".While in Chicago, Shannon also kept busy in front of movie and television cameras, most notably in the big screen project Chicago Cab (1997), based on the long-running stage play "Hellcab". Kangaroo Jack (2003) marked the third Jerry Bruckheimer production in which Shannon has appeared. He also appeared in Bad Boys II (2003), directed by Michael Bay and starring Will Smith and Martin Lawrence, and in Grand Theft Parsons (2003), with Johnny Knoxville and Christina Applegate.In addition, Shannon appeared in Pearl Harbor (2001), also directed by Bay. His other film credits also include Curtis Hanson's 8 Mile (2002); Cameron Crowe's Vanilla Sky (2001) with Tom Cruise; Carl Franklin's High Crimes (2002) with Morgan Freeman; John Waters' Cecil B. Demented (2000), and Joel Schumacher's war drama Tigerland (2000).