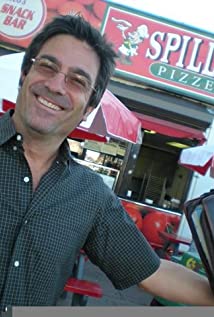 Michael Spiller was raised in Brooklyn, New York. He attended SUNY Purchase where he met long time collaborator Hal Hartley. Mike photographed many feature films for Hal and others, as well as traveling the world shooting numerous documentaries, commercials and music videos. He began his directing career on the second season of HBO's Sex and the City which he had been shooting since the first season. After four years as DP and seven episodes as director, Mike and his family moved to LA to further pursue his directing career. He has now directed well over a hundred episodes of TV including over 20 episodes of Modern Family and Scrubs, along with multiple episodes of The New Girl, The Middle, The Bernie Mac Show, Kitchen Confidential, as well as directing the pilot of Jake in Progress, and Big Day and serving as producer/director on both of those series for ABC. His dramatic work includes five episodes of Ugly Betty, two each of Life as We Know It and the HBO series Big Love. He won the DGA award and the Primetime Emmy for directing the Halloween episode of Modern Family. (2014) Mike is an Executive Producer/Director on The Mindy Project for NBC Universal and Fox Network. Besides being a loving husband and father, he is a reluctant urban farmer.