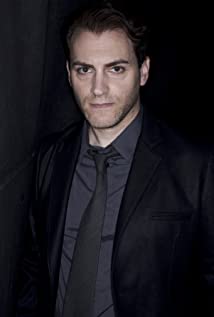 Michael Stewart Stuhlbarg was born in Long Beach, California. He attended UCLA, and then The Juilliard School in New York City, where he graduated with a Bachelor of Fine Arts. His other studies included time at the Vilnius Conservatory in Lithuania, the British American Drama Academy at Baliol and Keble Colleges at Oxford, and the National Youth Theatre of Great Britain in London, and at Northwestern University's National High School Institute "Cherub" Program . While at UCLA, he was awarded a scholarship to study with Marcel Marceau.During the 1990s and most of the 2000s, Stuhlbarg was primarily a theatrical actor, working on Broadway in such productions as Cabaret, Taking Sides, Saint Joan, The Government Inspector, and The Pillowman by Martin McDonagh, which earned him a Drama Desk Award for Outstanding Featured Actor in a Play, and his first nomination for a Tony Award. His numerous Off-Broadway credits include the title roles in Hamlet and Richard II with the New York Shakespeare Festival, and David Mamet's adaptation of The Voysey Inheritance, which earned him an OBIE.Stuhlbarg's first major film role was as Laurence Gopnik in Joel and Ethan Coen's A Serious Man, for which he received his first Golden Globe nomination. His first major television role came in HBO and Martin Scorsese's period drama series, Boardwalk Empire, in which he was cast as the organized crime figure Arnold Rothstein. Most recently, he appeared in the highly acclaimed FX series Fargo, and will be seen in 2018 in The Looming Tower on Hulu.Stuhlbarg has continued to appear regularly in a number of high-profile films in recent years, including: Arrival, Steve Jobs, Blue Jasmine, Hugo, Seven Psychopaths, Men In Black III, Trumbo, Lincoln, Miss Sloane, Doctor Strange, Miles Ahead, and Pawn Sacrifice to name a few. This season he is appearing in three films: Luca Guadinino and James Ivory's Call Me By Your Name, Guillermo del Toro's The Shape of Water, and Steven Spielberg's The Post.

Call Me by Your Name