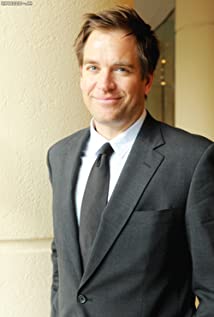 Michael Manning Weatherly, Jr. was born on July 8, 1968 in New York City, to Patricia Ruth (Hetherington) and Michael Manning Weatherly, Sr. Raised in Fairfield, CT, he left college to pursue a career in acting. He also had a great passion for music, and played in a band while pursuing his acting career. He began acting professionally and landed his first job as Theo Huxtable's roommate on The Cosby Show (1984) and a role in the independent film Trigger Happy (2001) opposite Rosario Dawson. This led to numerous guest spots on television and brought him to Los Angeles, where he landed a regular role in the FOX series Significant Others (1998). He met director Whit Stillman, who cast him in The Last Days of Disco (1998) opposite Chloë Sevigny. Michael also starred as Christina Applegate's ex-husband on the series Jesse (1998) and had roles in The Specials (2000) opposite Rob Lowe, Venus and Mars (2001) opposite Lynn Redgrave and Gun Shy (2000) opposite Liam Neeson and Sandra Bullock.In 1995 he married actress Amelia Heinle, who appeared with him in The City (1995) and Loving (1983). Unfortunately, their marriage ended in divorce in 1997, despite the birth of their son August in 1996. Michael resides in Los Angeles. Weatherly married internist Dr. Bojana Jankovic on September 30, 2009. The couple live in Los Angeles with their two children, a daughter Olivia, and a son Liam.