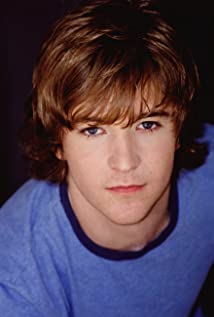 Michael Welch is a veteran actor of nearly 25 years with over 100 film and television credits to his name. He has received tremendous praise throughout his career by fans, critics and industry insiders alike for the depth and diversity of his work. Michael continues to build his career, as he always has a new project on the horizon.Welch is best known for his role as the popular Mike Newton in the Twilight Film Series, a franchise that grossed $3.3 billion worldwide. More recently, he appeared as a series regular on Z Nation, Syfy's hit original zombie series that ran for five seasons. Michael was also a regular as Luke Girardi in the beloved, Emmy-nominated CBS show, Joan of Arcadia, for which he received his second Young Artist Award. His first feature film experience was as Artim in Star Trek: Insurrection, the ninth installment of the iconic franchise.In 2019, Michael appeared in Shonda Rhimes's ABC drama, Station 19. His film releases included Blood Craft, A Killer Walks Amongst Us and two Lifetime Originals, Who's Stalking Me? and Erasing His Dark Past. In January of 2019, Michael starred in The Final Wish opposite horror legends Lin Shaye and Tony Todd. The film was released theatrically, nationwide, and his performance enjoyed excellent reviews from critics across the board. His 2020 releases will include Soldier's Heart, The Gift, A Christmas Hero, The Grounds and the award winning short, Heatstroke.Welch is passionate about the issue of clean water and is heavily involved with The Thirst Project, a youth oriented non-profit that builds fresh-water wells in developing communities. He's married to set dresser, Samantha Welch, and they have a beautiful baby girl, Parker Ann.Michael is represented by KRM and Curtis Talent Management.

Before Someone Gets Hurt

A Haunting in Cawdor