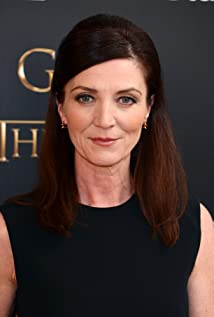 Michelle was born in July 1965, the second child of publican Brian and nurse Theresa Fairley. As a teenager she attended the Ulster Youth Theatre before moving to Belfast , where she was a member of Fringe Benefit, a repertory company where she acted alongside Conleth Hill, with whom she would later appear in television juggernaut 'Game of Thrones'. In 1986 she came to London and established herself as a considerable stage actress in 'Oleanna 'at the Royal Court, 'Dancing at Lughnasa' at the Old Vic, as Lady Macbeth with the West Yorkshire Playhouse and as Emilia, wife of the villainous Iago in the Donmar Warehouse's production of 'Othello', for which she was nominated for an Olivier award and on the strength of which she was offered the part of the fiercely matriarchal Lady Stark in 'Game of Thrones'. Following that character's demise she appeared in several American television series - '24', 'Suits' and 'The Lizzie Borden Chronicles ' - as well as playing the wife of (Southern) Irish Brendan Gleeson in the epic period film 'In the Heart of the Sea'. In 2015 she returned to Britain to appear in the play 'Splendour' in London and the television series 'Rebellion' chronicling the 1916 Easter Rising.