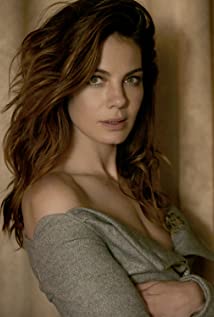 Michelle Lynn Monaghan was born on March 23, 1976, in Winthrop, Iowa. She is the youngest of three children and the only daughter of Sharon (Hamel), who ran a day care center, and Robert L. Monaghan, a factory worker and farmer. She is of mostly Irish and German descent. After graduating from high school in Iowa, she studied journalism for three years at Chicago's Columbia College. In order to pay for college, she took a job as a model. In 1999, she quit college and moved to New York to work full-time as a fashion model. She traveled the world doing stints on the runways in Milan, Singapore, Tokyo, and Hong Kong, and also enjoyed appearances in a number of magazines and catalogs.In 2000, she made her TV debut in two episodes of Young Americans (2000), then appeared in Law & Order: Special Victims Unit (1999). She made her big screen debut with a small role of Henrietta in Perfume (2001). Monaghan shot to fame in 2002 when she co-starred as Kimberly Woods for one season on the TV series Boston Public (2000). After appearances in several supporting roles, she starred opposite Robert Downey Jr. and Val Kilmer in the black comedy Kiss Kiss Bang Bang (2005). Later in 2005, Monaghan was filming in China, Italy, and the United States on Mission: Impossible III (2006), as the female lead opposite Tom Cruise.In August of 2005, in Sydney, Australia, Michelle Monaghan married her long-time sweetheart, Peter White, a New York based graphic designer, who she met at a Manhattan party five years earlier.