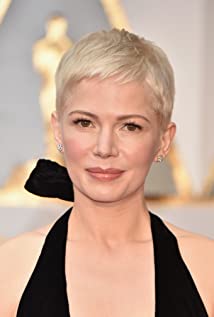 A small-town girl born and raised in rural Kalispell, Montana, Michelle Ingrid Williams is the daughter of Carla Ingrid (Swenson), a homemaker, and Larry Richard Williams, a commodity trader and author. Her ancestry is Norwegian, as well as German, British Isles, and other Scandinavian. She was first known as bad girl Jen Lindley in the television series Dawson's Creek (1998). She appeared in the comedy film Dick (1999), which was a parody of the Watergate Scandal along with Kirsten Dunst, as well as Prozac Nation (2001) with Christina Ricci. Since then, Michelle has worked her way into the world of independent films such as The Station Agent (2003), Imaginary Heroes (2004), and The Baxter (2005). But her real success happened in 2005 when she starred in Ang Lee's Brokeback Mountain (2005) as Alma Beers Del Mar. A woman who realizes her husband is in love with another man. Her talent shown in Brokeback Mountain (2005) landed her an Academy Award nomination for Best Supporting Actress. In 2011, she received her first lead role Academy Award nomination for Blue Valentine (2010). She followed this in 2012 with a lead role Academy Award nomination for My Week with Marilyn (2011).Michelle has a daughter, Matilda, with late Australian actor Heath Ledger.