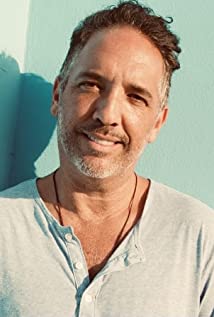 Mike Burns is a film director, music supervisor, and Grammy nominated music Producer. Mike's passion for music and film started at an early age where he produced short films in high school where he attended New World School of the Arts in Miami. He moved to Los Angeles in 2000, where he began honing his skills producing and directing over 40 "behind the scenes" features interviewing several A list actors, Including Dennis Hopper, Forest Whitaker, Keanu Reeves, Nicholas Cage, John Cusack, Anna Da Armas, Charlie Sheen, and many more.Mike's passion for music kept him busy in the studio between shoots producing EDM tracks for Top DJ's like Armin Van Burren, Paul Oakenfold, Markus Schulz, and earned a Grammy nomination for his contributions as a songwriter and Music Producer. He Began to score TV shows writing the theme song for ESPN Jim Rome's " Rome is Burning" and ESPNS' first reality show "Beg Borrow and Deal". where he scored 3 seasons. His music has been featured in commercials for Revlon, Dell Computers, and SCION. In 2015, He produced the film Inconceivable starring Nicholas Cage and Faye Dunaway. He moved into music supervision for films in 2010 and has since Music Supervised 35 feature films to date.In 2018, He launched Burnsi Creative, his own film and video production company where he produced and directed several campaigns for major brands like Adidas, Ford, Tropicana and Wanderlust. He transitioned into directing feature Films in 2018 and has released 2 feature films to date: "Out of Death" Starring Bruce Willis and Jaime King and "Wrong Place" staring Ashley Greene and Bruce Willis. His currently in development on his third feature shooting fall of 2022.