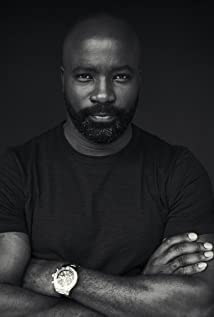 Mike was born to Mr. & Mrs. Eddie Lee Colter Sr. At just 8 years of age he knew that acting would be his life long ambition when he saw the film "A Soldiers Story" in 1984. He began by starting a drama club in high school and becoming the president of the club. After putting on several plays and getting a taste for performing in front of an audience he attended Benedict College where he was mentored and groomed his drama professor Scott Blanks. After transferring to the University of South Carolina where he attain a B.A. degree in theater, Mike went on to study at Mason Gross School of the Arts under renowned acting teachers William Esper and Maggie Flanigan. Upon receiving his MFA degree, Mike moved to L.A. where parts did not come easy, but after a few months he was able to grab a co-star on Spin City with Charlie Sheen followed by guest stars on E.R. and The Parkers with Mo'Nique. Mike then moved back to NYC to allow for the possibility of working in the theater as well, but as luck would have it Hollywood came calling again. He landed a role in 2005 Best Picture winner Million Dollar Baby opposite Clint Eastwood, Hillary Swank and Morgan Freeman. He got the role without ever meeting Clint in person prior to the first day of shooting. The following year he received exceptional reviews for his turn as CJ Memphis a guitar-playing blues singer in The 2005 revival of the Pulitzer prize winning "A Soldier's Play." The play had been a big off-Broadway success and was made into a movie starring Denzel Washington and many of Hollywood's up-and-coming African-American actors in 1984. Mike kept his nose to the grindstone with a role in Adam Bock's new play "Drunken City" that world premiered at Playwrights Horizon in 2008. Mike splits his time between New York and L.A. working in film and television.

Before You Know It