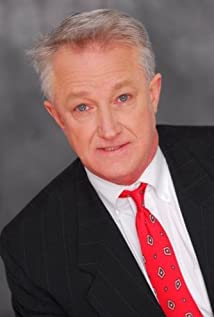 Mike Gassaway is an Emmy Award winning actor known for his work on John Wick: Chapter3 (2019), The Expendables 4 (2022), Dallas (2012) and Mission Impossible 7 (2021). The city of Noble Oklahoma declared April 5, 2002 "Mike Gassaway Day" for his legal accomplishments and his commitment to democracy. Awarded "The Best Dressed Man in Oklahoma" Award in 2005 by the Oklahoma Journal Record. Awarded the "Criminal Defense Lawyer of the Decade" Award in 2000 by the Oklahoma City Criminal Defense Lawyers Association. Set a World Land Speed Record for 250 cc Motorcycles at the Bonneville Salt Flats under the sanction of The Southern California Timing Association on a Kawasaki KR1 in the 250cc P-P class in 1989. The record stood until 2007. Ranked #28 on Sport & Fitness Magazine's "100 Hottest Men Over 50" list. Was named Criminal Defense Lawyer of the Decade by the Oklahoma Criminal Defense Lawyers Association. Inducted into the "Professional Karate Magazine" Hall of Fame. Inducted into the United States Martial Arts Association Hall of Fame. The music video for Cloud Nothings commissioned by Urban Outfitters in which Gassaway is the sole actor went to #1 on Spin Magazine's play list. Was selected and became member of the Rosa Parks "Wall of Tolerance" for his exemplary work in the courtroom representing and defending the civil rights of others.

My Stretch of Texas Ground

Vaxxed: From Cover-Up to Catastrophe