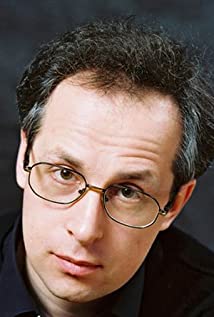 Russian theater, film and dubbing actor, radio host, Honored Artist of the Russian Federation (2005) Best known for dubbing characters from the animated series Smeshariki, Transformers (dubbing channel 6) and the announcer of the Mill studio series. Mikhail Chernyak is a Petersburg actor, dubbing artist and voice artist. His pleasant baritone is familiar to adult viewers of movies and TV shows, as well as to the young public from among the fans of the multi-projects "Luntik", "Smeshariki" and "Barboskins". The artist is implemented on the dramatic scene as a reader, plays roles in classical productions and new drama. Mikhail Chernyak was born on November 13, 1964 in Leningrad. The theater and public performances liked the boy from a young age. As a schoolboy, he attended the Theater of Youth Creativity, which still functions today. In this circle, children developed their abilities, learning theatrical business, and staged performances under the guidance of stage masters. After receiving a secondary education in the lyceum number 395, Michael decided to enter the LGITMiK at the department of acting skills. The course at this time was gained by Zinoviy Yakovlevich Korogodsky, a mastodon, known for his productions on the stages of the theaters of the Northern capital. Chernyak managed to become one of his charges. Having completed his studies in 1985, the certified actor became an artist of the Young Theater. This scene was like the guy who watched performances here at the earliest opportunity.Theater and movies Chernyak played the first roles in children's performances. He embodied on stage the young Kai in The Snow Queen, the porcupine of the Saga from the story of Mowgli, the boy Tommy from the story Peppy Longstocking. After 6 years, the artist made his debut as a director, and since then he has repeatedly realized the ambitions of the director on the stage of his native theater.