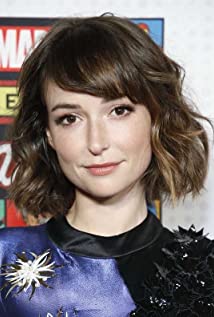 Milana Vayntrub is an Uzbekistan-born American actress, writer and stand-up comedian. She began her career making YouTube videos amounting over 11 million views, then turned her web content into an MTV pilot. In 2016 is was recognized by Adweek on the cover of their Creative 100 issue for her activism, documentary work, and her role as Lily Adams in AT&T commercials. She is most recognized as an actress for her role as Sloane on the NBC dramatic series This Is Us (2016) and as a writer for Adult Swim's Robot Chicken Robot Chicken (2005) .

You're Not a Monster

Marvel Rising: Battle of the Bands