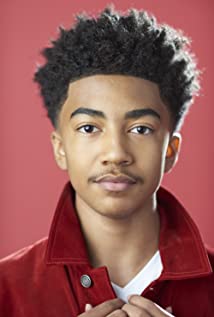 Miles Brown is a 16-year-old actor, dancer, and rapper from Oxnard, California who plays "Jack Johnson" on the hit ABC show "Black-ish". He is the youngest on the Jr.NBA council board as the official Jr. NBA/NBA correspondent. He has been featured on The Ellen DeGeneres Show, Conan, The Steve Harvey Show, America's Got Talent, Yo Gabba Gabba, and Battlefield America. Miles started as a dancer at age 3, and hit the stage within one year. He has been blessed to be able to perform for international festivals and plans to release his debut rap album, "We the Future," in 2020. Miles plans to create his own film/TV production company with the vision of creating content to inspire Gen Z.