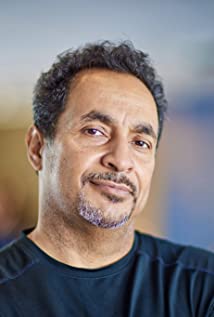 Miles Grose is an experienced sketch and improv comedy performer. He is a NYC native and during his time there he studied with comedy guru Steve Kaplan at The Manhattan Punchline Theater and heralded Second City alumnus Martin Friedberg at The Original Improv. As as sketch performer Miles was a regular on the sketch scene counting The Comic Strip, Stand Up NY and The New York Comedy club as some of his regular haunts.Miles is now based in Los Angles and over the years he has continued his development in the improv world. He studied at The Groundlings and performed with the Bravo Company at The ACME Comedy Theater. Years back in Los Angeles Miles was a member of the sketch group Yo' Mel that was regularly featured at The Comedy Store and a member of Hold The Cream, a sketch grouped that performed weekly at The Comedy Underground in Santa Monica.Over the years Miles has appeared in numerous live shows, commercials and shorts and has had several appearances in TV and Film. Among his many comedic turns he won accolades for his recurring role of Omar Al Farouq on The Onion News Network.As a writer he has worked on projects for NBC, Netflix, Fuse TV and Funny Or Die to mention a few. He has written for projects produced by Stan Lathan, Russell Simmons, Robert Morton and Wanda Sykes. Additionally Miles has written on many sports focused projects such as The Sports Illustrated Man Of The Year Awards, The Monday Night Football Countdown, the Inside The NBA Roast, The NBA's Legends Brunch, The NFL Commissioner's Awards and The Rich Eisen Show.As a collaborator Miles is the longtime creative partner of comedian JB Smoove. Together they have created many commercial and theatrical projects, most notably the NYC based MSG Network multi Emmy nominated talk show Four Courses With JB Smoove.