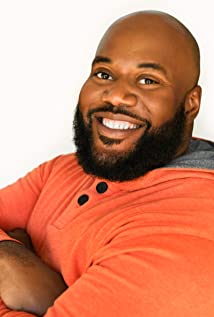 A dual threat, after two seasons on BET's raw social drama, THE QUAD, Miles shined his comedic side guest-starring in Golden Globe & Emmy nominated series, INSECURE, and the the COMEDY CENTRAL series, SOUTHSIDE. Miles' star power has awarded him unprecedented opportunities to elevate his raw talents as an aggressively recruited football star to a prized actor and entertainer hailing from the South Side of Chicago, Illinois.Working alongside veteran actors such as Robin Givens, Anika Noni Rose, Morris Chestnut and standout actress Issa Rae, Miles' captivating personality transforms on set and illuminates on screen. As far as his die-hard fan base, they need only be prepared for what is to come over the next several years. Miles not only has the gift of gab for acting and athletics, but his creativity explodes under his pen as a musician and screenwriter. Boasting a sultry singing and rhyming voice, Miles' exclusive sound is inspired by the likes of Stevie Wonder, Minnie Ripperton, Lauryn Hill, Kenny Rankin, John Meyer and hip hop giants Kanye West and Jay-Z.In between shooting on set, Miles has found time to pen almost seven projects and recently had a Los Angeles premiere for his breakout Indy film, Karma, starring Kris D. Lofton of HBO Ballers. The new-aged renaissance man has taken life by the reigns and plans to spread his talents and gifts far and wide. An up and coming humanitarian, Miles is determined to conquer every aspect of entertainment, be it through; filmmaking, acting, music or a combination of them all.