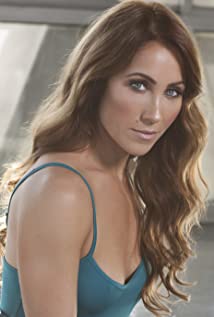 Miranda Frigon is a Canadian Actress and Singer-Songwriter. Born in Edmonton, Alberta she began her acting career at the age of eight, appearing in numerous television commercials. Her childhood and adolescence revolved around competitive gymnastics, ballet and classical piano so performing was a huge part of her life from an early age. She traveled and competed across Canada with her gymnastics team all the while training professionally as a dancer. She then went on to dance in a ballet company for several years before joining and touring with a more diverse company that included more various styles of dance. She then attended the University of Alberta where she studied Theater and Psychology in addition to competing on the varsity gymnastics team. Shortly after, Miranda received a scholarship to the American Musical and Dramatic Academy in New York City where she trained in musical theater before landing her first recurring television role on the Disney series "Honey, I Shrunk The Kids." This brought her back to Canada to where she began working and building her film, television and music career. After moving and settling into Vancouver, B.C. she immediately began booking numerous guest stars on hit network U.S. shows such as "The 4400", "Higher Ground", "The Chris Isaak Show", "John Doe" "True Calling" and "The Dead Zone" to name a few. In her spare time she was writing music and playing live with her band in venues in and around Vancouver. She then landed a 13 episode run on UPN's "Jake 2.0" and the producers also placed 2 of her original songs in the series. This kicked off Miranda's music career of placing her songs in film and television.In addition to her numerous feature and indie film credits, her most notable pasts TV roles include guest stars on hit shows such as "Bones", ,"Ugly Betty", "Dexter", "The New Adventures of Old Christine", "V", "Motive" "Supernatural" and "The Magicians".Miranda was nominated for a Canadian Leo Award in 2013 for her leading role on Syfy's "Primeval: New World", was recurring for 5 seasons on the hit drama "Heartland" and is now most recognized for her leading role on Hallmark's "Aurora Teagarden Mysteries" alongside Candace Cameron and Marilu Henner which films in Vancouver, B.C. She was nominated for a Canadian Leo award again in 2015, for her role in this series.Miranda's original song "Hiding Place" was used in episode 5 of Syfy's "Primeval New World" and it unleashed a worldwide fan base for her music. Since, her original songs have been placed in television series, Indie and feature films by Fox, Paramount, The CW, NBC, UPN, CBC, Space, Syfy, Hallmark & Lifetime. Her placements have gotten her worldwide exposure and attracted new fans from all over the globe. Miranda just released her new Kickstarter fan-funded album "First" in 2017 which can be found on iTunes, Amazon, Spotify and any additional online stores.In addition to all of her creative and athletic talents, Miranda is also a skilled Mixed Martial Artist. She has been trained in Boxing and Thai Kickboxing for over 10 years.

Over the Moon in Love