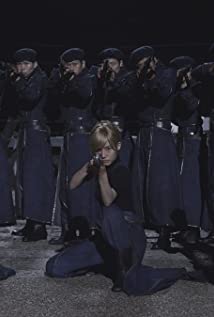 Renbutsu Misako came to this world on 27.02.1991 in Tottori, Tottori prefecture. She has a younger sister named Asako. The city and prefecture are known for their sand dunes and being the least populous province of Japan. She moved to Tokyo and attended the celebrity mill Horikoshi High School in 2009. She began at the girls-only Shirayuri University in April of 2009. She graduated as an education major in 2013. Misako was the winner at 2005's Super Heroine Audition Miss Phoenix. She won the contest, Sekido Yuki and Mizutani Riho were runners-up, Tsuvhiya Tao ranked third, alongside Takagi Koto and Kawaharada Maari. One of the sponsors of the audition was Sony with which Misako signed later. West Side agency, which managed her, was a subsidiary of Sony and she transferred to the mother company in 2012. She began her career in 2006. She signed up to become the face of her home province in July of 2007. She won the 81st Kinema Junpo Award for Best New Actress for the 2007 film Battery in 2008. She had quickly graduated to being the lead character. She is a fan of Takeuchi Yuko . Watching that actress' The Queen Of Lunch prompted her to become an actress. She likes playing the guitar, piano and drawing. She intends to release a children's illustrated book in the future. The 37.5°C Tears serial used her drawing within an episode.

The Emperor in August