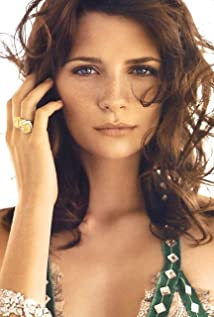 Born in London and raised in New York. From humble beginnings in New York Theater in 1994 where she trained with such esteemed director/writers as James Lapine ("Twelve Dreams" at Lincoln Center with Donna Murphy), Tony Kushner ("Slavs!" at New York Theater Workshop with Marisa Tomei), and Naomi Wallace ("One Flea Spare" at the Public Theatre with Dianne Wiest), she went on to work side by side with modern-day screen icons including Julia Roberts and Hugh Grant on Notting Hill (1999), Bruce Willis and Toni Collette on The Sixth Sense (1999) and Sam Rockwell in her Sundance critically-lauded feature film debut Lawn Dogs (1997) produced by Duncan Kenworthy in 1998.Yet, despite this early success in theater and film, what really catapulted Mischa to the next level and made her a household name is her small screen performance as the irrepressible and irresistible "Marisa" on the popular Fox television show, The O.C. (2003) (2003 to 2007). The show fast became a global cult phenomenon and has earned many awards including a Television Critics Association Award nomination for "Outstanding New Program of the Year".Established as one of the most sought after young actresses of her generation Mischa was named "It Girl" by Entertainment Weekly, she was also Hollywood Life's "Breakthrough Actress of the Year", she won several American Teen Choice Awards for the show, and also Cosmopolitan's "Fun Fearless Female Award" for "Knockout Ingenue" and Glamour's "Women of the Year". She has been ranked as one of People magazine's "50 Most Beautiful People" for 5 consecutive years. She was awarded the VIPer Award in 2008 for "Style Icon 2007" by Mr. Karl Lagerfeld. In 2008, she played opposite Shirley MacLaine & Christopher Plummer in Sir Richard Attenborough's Closing the Ring (2007), with Hayden Christensen in the Dino De Laurentiis film Virgin Territory (2007), and starred opposite Bruce Willis in Assassination of a High School President (2008) for the Yari Production Company. In 2007, she filmed Walled In (2009) for the French production company "Canal Plus", and she starred in and produced the film Homecoming (2009).In 2012 Mischa went back to her Theatrical roots and starred in a production of "Steel Magnolias" at the Gaiety Theatre in Dublin.Mischa has the following Films slated for release this year, 2013. "Bhopal: A Prayer for Rain" opposite Martin Sheen, "A Resurrection" starring the late Michael Clarke Duncan and Devon Sawa "Apartment 1303 3D" with Rebecca De Mornay, "I Will Follow You Into the Dark" opposite Ryan Eggold and "Beauty and the Least: The Misadventures of Ben Banks".She has just completed "Mining for Ruby" Directed by Zoe Quist, "Beyond Justice" with Danny Trejo and Vinnie Jones and will star opposite Billy Zane in "Elephant's Graveyard" and with Christopher Plummer and Timothy Hutton in "Butterfly Love" 2014.Mischa has also made a major impression in the fashion and beauty world. She has already graced the covers of countless international magazines and has become the face of numerous advertising campaigns.She has developed her own Brand, her successful Handbag line having launched in 2008, together with Accessories, Clothing and Beauty products and her Flagship Boutique opened in Fashionable Shoreditch London in 2012.This commercial and theatrical success has given the young woman an opportunity to take an extremely influential role in the global community. She became the spokesperson for "Climate Star", an organization that fights global warming through social and legislative activism. She serves as an "Entertainment Industry Foundation" ambassador teaming up with QVC to spread awareness and raise funds for women's cancer research through the "Fashion Footwear Association" of New York "Shoes on Sale Initiative" and is also involved in the "SAFE" campaign for skin cancer awareness. She is an ambassador for "Save the Children" and the "One Water" campaign which brings water to remote locations in Africa, and is on the board of the "Lupus Research Committee" in Los Angeles.