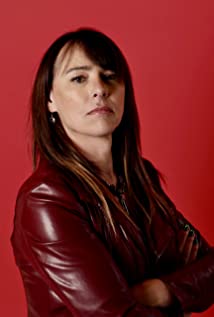 MJ Bassett is a feature film and television writer/director.As a teenager in the UK, MJ's career started as a wildlife photographer and documentary maker, subsequently becoming an on-camera host of various nature and science programs before writing and directing the feature film DEATHWATCH. Starring Jamie Bell, Matthew Rhys and Andy Serkis it was an original horror movie set in the trenches of World WarFollowing the success of Deathwatch, MJ directed the horror feature WILDERNESS with Toby Kebbell and Sean Pertwee, and then adapted and directed the heroic fantasy adventure SOLOMON KANE, starring James Purefoy, Max Von Sydow and Pete Postlethwaite based on the classic fantasy novellas by 'Conan' creator Robert E. Howard. MJ followed that with the video game adaptation SILENT HILL:REVELATION, shot in 3D and starring Sean Bean, Adelaide Clemens and Kit Harrington and producer by Samuel Hadida.In 2013, MJ began directing in television. Initially guest directing episodes of the Cinemax/HBO/Sky action show STRIKE BACK and then the first season finale of Starz' show, DaVINCI'S DEMONS, created by David Goyer.The following season, MJ was invited to become lead director and subsequently a writer, co-producer and finally executive producer of the next 3 seasons of Strike Back before it's cancellation in 2015. As the shows' most prolific director MJ pushed the action, scale and intensity beyond any other show of its kind on TV. After a year off air, MJ was asked by HBO/Sky to return as executive producer and director for a reboot of the show with an entirely new cast.Additional television credits include such shows as IRON FIST for Marvel/Netflix, NIGHTFLYERS, based on the George R.R. Martin novel for Syfy with Doug Liman's 'Hypnotic' productions, ASH VS EVIL DEAD for Sam Raimi and Robert Tapert at Starz where MJ was asked to direct the second and third episodes of season one after Sam Raimi's Pilot. MJ wrote an episode of season one and was brought into the writers' room as a Co-Executive Producer for Season Two as well as continuing to direct episodes. Other credits also include THE PLAYER, starring Phil Winchester and Wesley Snipes for NBC and TAKEN, again for NBC with Europacorp.For 2015-2016, MJ was under an exclusive deal with Starz, continuing to direct for ASH VS EVIL DEAD and also multiple episodes of their hit drama POWER. While under the deal, MJ also wrote an original series pilot for the network.MJ was born, and still lives part time, in Shropshire, England. Coming out as transgender in 2016 she spends a great deal of time shooting on locations around the world and divides her time between England and Los Angeles which she intends to eventually make a home base.

Inside Man: Most Wanted