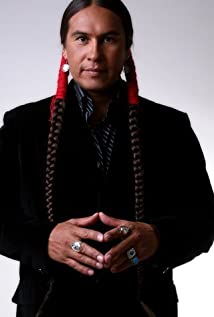 Mo Brings Plenty is Cheyenne River Sioux and grew up on the Pine Ridge Indian Reservation. He is a stage and screen actor, horse stuntman, and producer, and is best known for his role as "Mo" on the hit series "Yellowstone," and for his portrayal of "Ottawa Jones" in Showtime's Peabody Award winning limited-series, "The Good Lord Bird." Other notable acting projects include The Glorias, Cowboys & Aliens, and Hell on Wheels.When Mo isn't acting, you'll find him working the ranch he shares with his wife, Sara Ann, or on projects that are close to his heart, such as native youth, preservation of culture, saving wild horses, preserving the traditions of his Indian people's ways and culture, and protecting the earth for future generations.