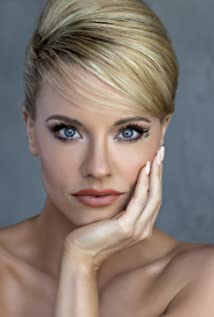 Molly Kathleen Burnett is an American actress and singer. Burnett was nominated for a Daytime Emmy Award in the Outstanding Younger Actress in A Drama Series category in 2010 and 2012. And again in the Supporting Actress category in 2017 for her performance as Laura in "Relationship Status".Molly Burnett is the first born of Katie and David Burnett, and was raised in the Denver Suburb of Littleton, Colorado along with her younger brother Will. Known to have a dramatic flair about her from a young age, her theatrical career began to flourish as a teen while attending Littleton High School. A budding thespian, she took on numerous roles at both LHS and theater companies in the greater Denver area. Just a few of her credits include Shakespeare's "A Midsummer Night's Dream," "Noises Off," and the title role in "Annie." After graduating with honors from Littleton High School, Burnett headed east to New York City. She enrolled at Wagner College, a private liberal arts school on Staten Island. It was here that she later made the decision to put her academic career on hold to pursue her professional acting aspirations in Los Angeles.Within just a few months of moving to Los Angeles, Burnett landed the plum role of heroine Melanie Jonas on the daytime serial Days of Our Lives In 2012, Burnett left the rigorous daily grind of daytime to pursue other roles, quickly landing guest spots on such prime-time series as "CSI: NY" and "Major Crimes". She also landed her first movie role, portraying Ashley Bloom in the MTV Original Film "Ladies Man: A Made Movie" as well as the role of Justine Gable in the "Hallmark Hall of Fame" film "This Magic Moment"In late 2015, Burnett appeared in the multi-episode role of Nina Moore on "CSI: Cyber". Adding several indie-film roles to her resume the past few years, Miss Burnett's credits include the roles of Lex in the Sci-Fi Thriller "Ctrl+Alt+Del" Lisa in "The Wedding Party" and of Southern Belle Kate Stenson in "Shattered" due to premiere in 2017. Burnett has been playing the role of Kelly Anne on USA Networks hit drama "Queen of the South" from 2017 to 2019.

Mommy, I Didn't Do It

Zach Stone Is Gonna Be Famous