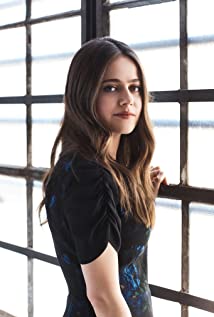 Molly Gordon is an American actress, known for her roles in Ithaca (2015), Sin City Saints (2015), Life of the Party (2018) as Maddie, Booksmart, as Triple A, and Good Boys (both 2019). She also stars on the drama TV series Animal Kingdom (2016-present), as Nicky.She was raised in Los Angeles. Her parents are television and film director Bryan Gordon and film producer and screenwriter Jessie Nelson. Her family is Jewish. She performed on the LA stage from a young age, and grew up with actor Ben Platt, with whom she starred in productions of Fiddler on the Roof at age four and How to Succeed in Business Without Really Trying at age five. She regularly watched the sketch-comedy series Saturday Night Live and attended performances by comedy troupe The Groundlings, leading her to an interest pursuing comedic acting. She portrayed Dot in her high school's performance of Sunday in the Park with George when she was 17. She failed her SAT and briefly attended New York University, leaving after two weeks due to dissatisfaction with her program. Gordon's first film appearance was in Nelson's 2001 drama film I Am Sam as Callie, followed by her portrayal of a trick-or-treater in Nora Ephron's 2005 film Bewitched. In 2015, she also had a role in Love the Coopers, opposite Timothée Chalamet. Gordon moved to New York City in 2014 to pursue acting as a profession. In August 2015, she was cast as Nicky in the TNT pilot Animal Kingdom, based on the 2010 Australian film of the same name. The pilot was picked up with a 10-episode order in December 2015, and the series debuted on June 14, 2016, with Gordon as a series regular. She played Maddie, the daughter of Melissa McCarthy's character, in the 2018 comedy film Life of the Party. Gordon began rehearsals to portray Alice Spencer in the Off-Broadway production of Alice by Heart in December 2018. The musical, directed by Nelson who also co-wrote with Steven Sater, opened at the MCC Theater on February 26, 2019. The show's run concluded in May 2019. Gordon portrayed Triple A in the 2019 comedy film Booksmart. The film attracted Gordon due to its "kooky" characters that she found to "have such a grounded realism in them."