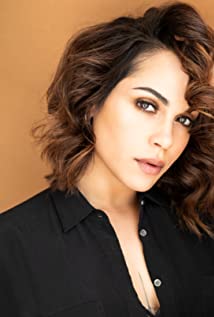 Monica Raymund stars as Gabriela Dawson in NBC's drama "Chicago Fire."A graduate of The Juilliard School, she is the recipient of the John Houseman Award for her commitment and dedication. Immediately following her graduation, she went on to star opposite Tim Roth for three seasons in "Lie to Me." During this time, she also became a founding member of The Mechanical Theatre Group, has been on faculty and co-head of the Communications Department at The Heifetz Institute and served as faculty for The Broadway Theatre Project. Raymund currently serves on the board and faculty of the Performing Arts Project, is a board member for The Hollywood Arts Organization in Los Angeles, is executive producing the independent feature "Submarine Kid", she was a producer on the Broadway production of "The Velocity of Autumn" and is the Founder/President of the theatrical production company, SISU Theatrical Productions, LLC.Other credits include, a lead role in director Stephen Elliott's latest feature "Happy Baby", a supporting role in the feature "Arbitrage" opposite Richard Gere, a starring role in the Sundance Lab musical production of "Like Water for Chocolate," and a recurring role on "The Good Wife." She also guest starred on the 200th episode of "Law & Order: SVU" opposite Robin Williams.Monica won The Imagen Award this past year for leading actress in a drama.Monica separated from her husband early 2013 and they completed their divorce in 2014.Raymund resides in New York City.