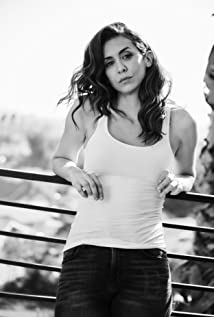 Marnò was born in Los Angeles, and went to boarding school at Phillips Academy, in Andover, Massachusetts. She then received a BA in Comparative Literature from Barnard College, Columbia University and an MFA in Acting at the Yale School of Drama. She has received additional training at the Guthrie Theater in Minnesota and at the Public Theater's Shakespeare Lab in New York.Marnò received rave reviews for the one-woman show "Nine Parts of Desire" in which she portrayed nine different Middle Eastern women which ran at the Berkeley Repertory Theatre and at the Geffen Playhouse in Los Angeles.Marnò has lived in France, Germany, Sweden and Argentina, and speaks english, French, German, Farsi, and Spanish.She is also a playwright. Her first play, When the Lights Went Out, premiered at New York Stage & Film, starring Laura Innes, directed by Kate Whoriskey.She is the voice of Mirabelle Ervine and Namira in the video game Elder Scrolls V: Skyrim.