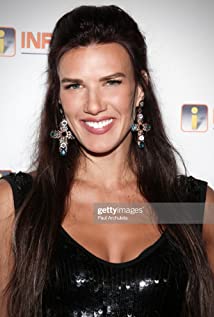 Natalie Burn is a born Ukrainian actress who is now an American. She is a Member of The Television Academy as well as a Lifetime Member of The Actors Studio.Natalie is soon coming out in the new DC Movie 'Black Adam' starring "The Rock". Natalie worked on a Lifetime Original TV movie called 'Vanished-Searching for My Sister' produced by A&E Network and SwirlFilms. You can also watch Natalie on an Emmy Winning Digital Drama Series "Studio City" on Amazon Prime directed by Timothy Woodward Jr. or in a feature film called 'Fast Vengence' starring DMX's last movie. As well as Natalie worked with Bruce Willis on two of his movies 'The Fortress' and 'The Fortress- Snipers Eye'. Natalie's lead roles include a comedy Western "No Name & Dynamite" and "Acceleration" for which she has won Best Action Actress Award from NIAFF in Spain, also Acceleration won Best Film at Iron Dragon TV Action Film Fest in Austin, Texas IDTV ActionFest, "Obsessio", "Hollow Point", "The Executioners," "Hard Night Falling", "Awaken/Left To Die" which won her another additional 9 Awards. She has also had key roles in "Expendables 3" with Sylvester Stallone where she played the wife of Mel Gibson and appeared in "Killer Mermaid/Nymph" with Franco Nero, and in a film called "The Comeback Trail" a comedy directed by George Gallo starring Robert De Niro, Morgan Freeman, "Criminal" with Kevin Costner, Tommy Lee Jones and Jordi Molla, "Mechanic Resurrection" with Jason Statham and Jessica Alba and "Mothers and Daughters," starring Sharon Stone, Selma Blair, Courtney Cox and Susan Sarandon.Natalie's love for acting grew when she moved to Los Angeles and was first admitted to a summer school at The American Academy Of Dramatic Arts then full time to The Lee Strasberg Theatre and Film Institute. Natalie became an MMA fighter for movies after training with Benny 'The Jet' in kickboxing, jiu jitsu, wire work, knife, gun and sword fighting. Then continued her training with Arnold Chon and Marko Zaror. Because of her international background, impressive athleticism and ability to speak 4 languages Natalie is considered a perfect actress for Action movies.However Natalie truly made her mark and set herself apart from other actresses of her generation by becoming a Hollywood Producer with her two companies 'Born to Burn Films' and '7Heaven Productions' she has now produced 11 films. Natalie's latest film she produced with Born To Burn Films and Millennium Media is coming soon called 'Barracuda' starring Antonio Banderas, Kate Bosworth and 2Chainz.Originally Natalie Burn was born in Kiev, Ukraine, and was guided into ballet training from the age of 4 by her mother, a former ballerina herself. By age 8, she was admitted into the world-renowned Bolshoi Ballet School, and in her teens, she moved to London to complete her education at the Royal Ballet School. In a few years, she was admitted to the Rambert Dance at the Brunel University where she was keen in learning the art of choreography and modern forms of dance. Natalie had an impressive dance career performing on top stages all over the world.Then Natalie became a choreographer, and had worked for numerous theatrical productions as well as putting together her own show for Unesco called "AstroBallet". She also funded her own charity organization for environmental awareness where she presented her own ballet called "Stella" which gained the support of Michelle Rodrigues and Owen Wilson. She had also worked with stars such as Paula Abdul, Nelly, Jackson 5, Ashanti, Nicole Scherzinger and Mario. Natalie also appeared as a model on the cover of Calvin Harris album 'Motion'.Natalie is currently filming a medieval movie called 'The Last Redemption' with Marco Ilso.

No Name and Dynamite Davenport

Vanished: Searching for My Sister