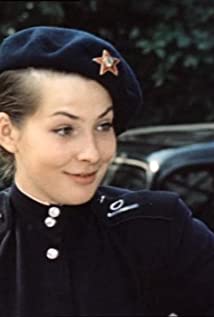 Natalia Danilova was born on September 25, 1955, in Leningrad, USSR (now St. Petersburg, Russia). From 1973 - 1977 she studied acting at the drama class of professor A. Katsman at the Leningrad Institute of Theatre, Music, and Cinematography, graduating in 1977 as an actress.From 1977-1991 Danilova was a member of the legendary troupe of Bolshoi Drama Theatre (BDT) in St. Petersburg (Leningrad) under directorship of Georgi Tovstonogov. Danilova worked with Tovstonogov for 12 years. During that time Danilova worked with an outstanding ensemble of actors at BDT. There her stage partners were such stars as Kirill Lavrov, Alisa Freyndlikh, Lyudmila Makarova, Zinaida Sharko, Oleg Basilashvili, Svetlana Kryuchkova, Tatyana Bedova, Valentina Kovel, Vladislav Strzhelchik, Yefim Kopelyan, Sergei Yurski, Vsevolod Kuznetsov, Nikolay Trofimov, Georgiy Shtil, Vadim Medvedev, 'Leonid Nevedomsky', Roman Gromadskiy, Andrey Tolubeev, and Gennadiy Bogachyov, among many other remarkable Russian actors.Since 1992 Danilova has been a permanent member of the troupe at the Theatre of Komissarzhevskoi in St. Petersburg. There she has been appearing in leading and supporting roles in classic Russian plays, such as Nastasia Filippovna in stage adaptation of "The Idiot" base on the eponymous novel by Fyodor Dostoevsky, and other productions. Danilova also appeared in the leading role as Medea in staging of the classic play at Priyut Komedianta Theatre. Her partners on stage and in film were Galina Korotkevich, Tatiana Samarina, Elena Simonova, Yefim Kamenetsky, Stanislav Landgraf, Boris Sokolov, Pyotr Shelokhonov, and other notable Russian actors.Natalia Danilova is an acclaimed Russian actress. She is highly regarded for her classic noblesse, beauty, intelligence, and effortless style. She was designated the title of Honorable Artist of Russia. She also played roles in many popular Russian film and television productions. She is residing in St. Petersburg, Russia.

How Not to Rescue a Princess