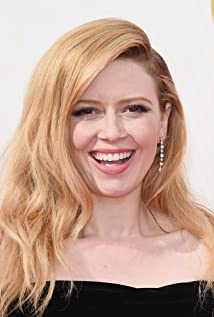 Natasha Lyonne is an American stage, film, and television actress.As a young child, she was signed by the Ford Modeling Agency and, at the age of six, she was cast as "Opal" on Pee-wee's Playhouse (1986), which was quickly followed by film appearances in Heartburn (1986), written by Nora Ephron, directed by Mike Nichols; A Man Called Sarge (1990); and Dennis the Menace (1993), with Walter Matthau and Christopher Lloyd. At the age of 16, Woody Allen cast her as his and Goldie Hawn's daughter in Everyone Says I Love You (1996), alongside Julia Roberts, Edward Norton, Natalie Portman, which led to appearances in almost 30 films over the next 10 years, including starring roles in the independent films Slums of Beverly Hills (1998) and But I'm a Cheerleader (1999). Lyonne's other films included Detroit Rock City (1999); Scary Movie 2 (2001); The Grey Zone (2001), directed by Tim Blake Nelson; James Mangold's Kate & Leopold (2001); Party Monster (2003); Die, Mommie, Die! (2003) and Blade: Trinity (2004), as well as TV appearances on shows including NBC's Will & Grace (1998). Lyonne is perhaps best-known for her roles in the "American Pie" films as the wise-cracking "Jessica".After a short hiatus in 2008, due to well-documented health and legal struggles, Lyonne returned to work, making her New York stage debut in the award-winning New Group production of Mike Leigh's "Two Thousand Years" and in the films The Immaculate Conception of Little Dizzle (2009) and Goyband (2008). Since then, Lyonne has steadily worked in the New York theatre scene, in film and on television. Films include All About Evil (2010) with Thomas Dekker; Abel Ferrara's 4:44 Last Day on Earth (2011) with Willem Dafoe; and upcoming projects Girl Most Likely (2012) (aka "Imogene") with Kristen Wiig, Darren Criss, Matt Dillon and Annette Bening; The Rambler (2013) with Dermot Mulroney; Clutter (2013) with Carol Kane and Kathy Najimy; He's Way More Famous Than You (2013), written by Halley Feiffer and directed by Michael Urie, with Ben Stiller and Jesse Eisenberg. TV appearances include the hit series, New Girl (2011) and Law & Order: Special Victims Unit (1999). On stage, she was in the original cast of Nora Ephron and Delia Ephron's award-winning "Love, Loss, and What I Wore" with Samantha Bee, Tyne Daly, Katie Finneran and Rosie O'Donnell and in the original cast in Los Angeles at Geffen Playhouse with Tracee Ellis Ross, Carol Kane and Rita Wilson.She received rave reviews in Kim Rosenstock's "Tigers Be Still", directed by Sam Gold, with Reed Birney, Halley Feiffer, John Magaro at the Roundabout Theatre Company and returned this past season to the New Group stage with Ethan Hawke, Gordon Clapp and Daphne Rubin-Vega in Tommy Nohilly's "Blood From a Stone". Most recently, she participated in New Group's benefit performance of "Women Behind Bars", with Charles Busch, Josh Hamilton, Cynthia Nixon, Rhea Perlman and Rosie O'Donnell.Natasha was born Natasha Bianca Lyonne Braunstein in New York City, New York, to Ivette (Buchinger) and Aaron Braunstein, who is a talk radio host, boxing promoter, and race car driver. She is from a Jewish family. Her maternal grandparents, originally from Hungary, were Holocaust survivors who moved to Paris, France, where Natasha's mother was born.

The United States vs. Billie Holiday

Awkwafina Is Nora from Queens