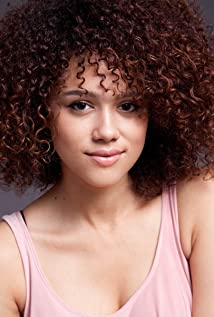 Nathalie Emmanuel is an English actress, known for her role as Missandei on the HBO fantasy series Game of Thrones (2011) and Ramsey in Furious 7 (2015).Nathalie was born in Southend-on-Sea, Essex, England, to a father of Saint Lucian and English descent and a mother of Dominican origin. Nathalie credits her mother for the initial motivation to become an actress. At the age of 10, she played Young Nala in the West End production of The Lion King. In 2006, she made her television break by starring as Sasha Valentine in the teen soap opera Hollyoaks (1995). Emmanuel appeared on the show until 2010, her character's story-lines included prostitution, and heroin addiction.Nathalie presented BBC Three's Web-sex: What's the Harm?, investigating the online sexual habits of 16-24 year-old in the UK. Later in the same year she made her film debut in the thriller Twenty8. The following year, she was cast as Missandei, Daenerys Targaryen's translator, in HBO's fantasy drama series Game of Thrones (2011). In 2015, Emmanuel was promoted to a regular cast member on the show. In the same year, she played computer hacker Ramsey in the action film Furious 7 (2015) and Harriet in the sci-fi sequel Maze Runner: The Scorch Trials (2015).FHM magazine ranked Emmanuel as 99th in their 100 Sexiest Women of 2013.In 2015, she appeared in the April issue of InStyle and GQ magazines.