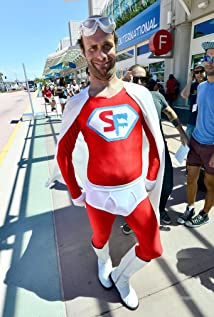 Nathan Barnatt was born on February 2, 1981 in Milford, Massachusetts, USA as Nathan James Barnatt. He is the second of three sons. Joshua, Nathan & Seth. He is an actor, writer, director and physical comedian. Known for his physical comedy, stunts, and his wide array of characters. His short film Neutral won "Best Short Film" at the 2018 Cinegear Film Festival.